This site uses cookies to make it work, enhance your user experience, and to track usage of the site. If you are happy to consent to this use please click the Accept All Cookies button and you will not see this message again.If you click on the Choose Cookies you will be able to choose what cookies are used Learn more about how we use cookies.

You may choose what cookies are used by checking/unchecking the the boxes below.

I agree to the use of cookies which are essential for the site to function correctly.
We cannot stop essential cookies from being sent to your browser. However you can block these cookies by adjusting the settings on your browser (see your browser Help for how to do this). Be aware that disabling cookies may affect the functionality of this and many other websites that you visit. Disabling cookies will usually result in also disabling certain functionality and features of the this site. Therefore it is recommended that you do not disable essential cookies.

I agree to the use of tracking cookies which enable us to measure usage of this site so that we can continue to produce engaging content.

JTE Group is home to the

Honorary Consulate of the Republic of South Africa

The South African flag is being flown over the east wing of the Essberger building at Palmaille 45 in the Hamburg suburb of Altona. It is a sign that the building is home to the Honorary Consulate of the Republic of South Africa, represented by Honorary Consul Dr. Eberhart von Rantzau. Day-to-day business is dealt with by Mrs. Sylvia Bräkling-Stümer, who knows South Africa very well, having worked for Deutsche Afrika-Linien for many years.

As well as acting as a contact point, especially for visiting businessmen and -women from South Africa, and setting up appropriate business contacts, an honoraryconsul’s duties include providing advice and tips about South Africa to anyone who is interested. 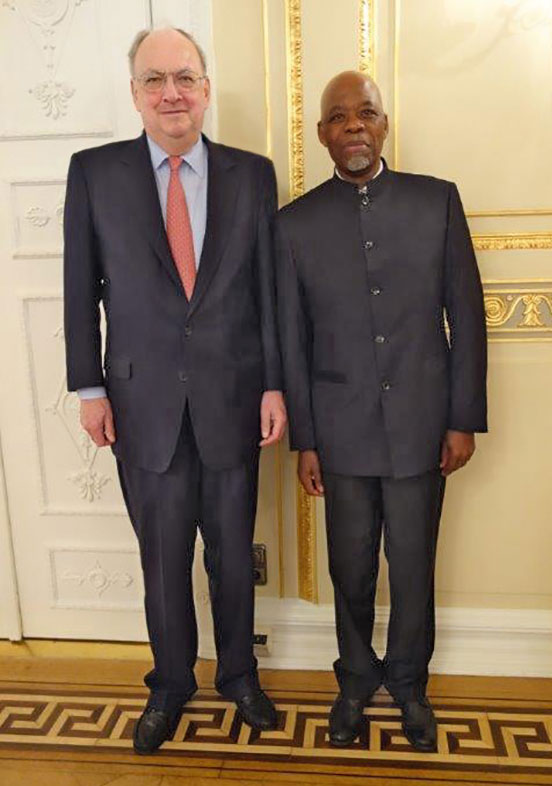